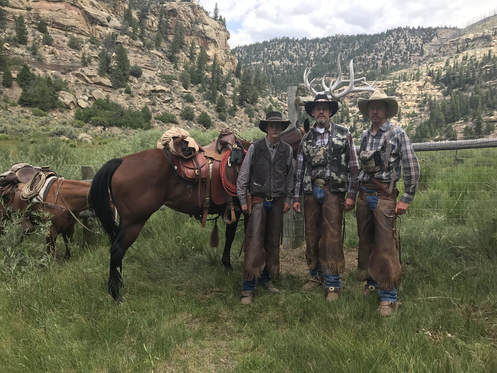 From an early age Mark has always had an interest in making things.  Mark grew up attending rendezvous with his family.  He and his brothers would make bags from leather to sell or trade at these rendezvous.  In 1980 his father, Jerry Stewart, started Sawtooth Saddle Company where  Mark learned the trade of saddle making.  Mark worked at Sawtooth Saddle for15 years where he excelled in developing his skills in designing and making saddles, tack, and many other products for  the horseman.  Mark started making knives in the evening as a hobby that turned into a part-time job.  The knife making became so popular that Mark decided to start Pine Ridge Knife Company and is now working at making knives full time.

Mark took a road trip to Oregon to meet with a blade and knife maker to have him teach Mark the art and process of making a quality knife blade which will last a lifetime. 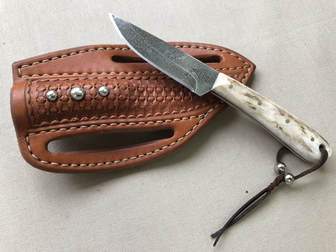